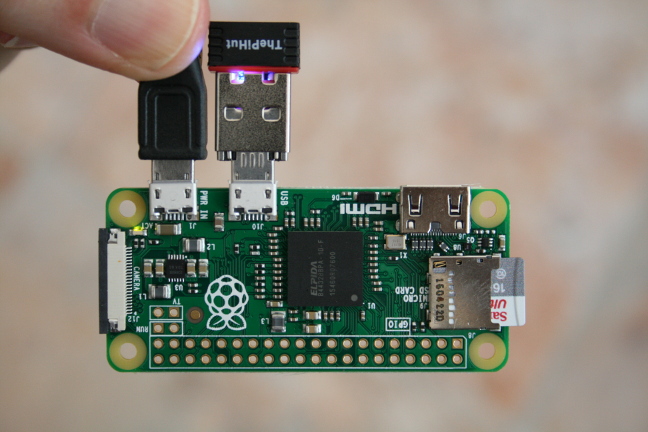 This article describes how, starting from scratch, to build a complete VPN server based on a Pi Zero for under £20. The method will also work for other Pi models.

There are many tutorials covering this but some are out of date (pre-Buster) and some assume a fair amount of knowledge about what is going on and may be tricky for the uninitiated to follow. I have tried to write this assuming minimum experience on the part of the reader and have concentrated on what to do rather than explaining the concepts of VPN, keys, certificates and so on. To get more background understanding the excellent tutorial by Lauren Orsini at readwrite.com is well worth a read and I learned much from it.

Before you start, check whether your router can operate as a VPN server. Many modern modems can do that and if yours can then it is likely that it would be better to use that rather than use a Pi.

In order to access the VPN from the internet there are two requirements. Firstly the IP address of the router must be known. Your internet connection may have a fixed name or ip address but more usually a service such as duckdns.org is used to get a fixed name. How you set this up will depend on which service you go for. For the examples here I have assumed that the host name is my_host_name.duckdns.org.

Secondly you must setup port forwarding for UDP and TCP in your router so that port 1194 is forwarded to the pi. How you do that is dependent on the router.

Install Raspbian on the Pi

We want the Pi configured as a headless server, programmed and controlled from a PC. To do this follow the instructions in the article Configure your Pi as a Headless Server. You need to give the Pi a fixed IP address as described in that post.

The packages openvpn and easy-rsa need to be installed, so connect to the pi and run

Build the server certificates and keys

The default certificate expiry time is ten years for the CA certificate but only three for the others. If you want to change either of those then edit the copied file /etc/openvpn/easy-rsa/vars

find the lines setting defining those settings (which are in days)

then to change either of them remove the ‘#’ characters to uncomment the appropriate line and set the values as you desire and use Ctrl+S to save it and Ctrl+X to exit. So for example to set the certifacte expiry period to 10 years change that line to

Prepare to build the certificate and keys

Create an empty directory structure for the keys, /etc/openvpn/easy-rsa/pki, using the easyrsa command.

Build the certificates and keys

Leave all settings at default values when prompted for data below, except to say yes when asked about signing the certificate. gen-dh in particular may take a very long time, particularly on a low powered pi, several cups of coffee and an afternoon nap may well be in order.

Reboot as a check that all is well so far. Assuming it is then edit /etc/sysctl.conf using

remove the # at the start (to un-comment that line), save the file and exit.

To prepare the server configuration file etc/openvpn/service.conf we start with the one from /usr/share/doc/openvpn/examples/sample-config-files/server.conf.gz as follows

and change it to

Uncomment, by removing the # or ; if present at the front, from these lines (which are not together in the file)

In addition find the two lines starting ;push dhcp-option DNS ...., remove the semi-colons and (if you want) change the ip addresses to the DNS servers of your choice.

Some public wifi access points block port 1194, which is the standard VPN port. If you would like to change that then find the line

in that file and change it to the port you prefer. If you do that you will also have to forward that port in the router instead of 1194 and if you use the ovpn_generate script at the end of the blog you will have to change it in the script too.

Now we can start the server, it is necessary to start two services

Run tail -n 50 /var/log/syslog which will print the last 50 lines of the log and you should see a page full of ovpn-server messages. Provided there is nothing there that suggests it is not starting up then run

and you should see an extra network interface, tun0 with the inet address 10.8.0.1

If it doesn’t work but the logs do not contain anything helpful then try a reboot and start openvpn again. The log /var/log/daemon.log may have useful information also.

To setup openvpn so that it automatically starts on boot, run

For the vpn to work, iptables must be configured appropriately to forward data to the correct destinations. I prefer to keep iptables configuration in `/etc/rc.local’ which is executed on startup. To do it this way edit the file

and this just before the exit 0 at the end. Note the last lines below, choose either the eth0 or wlan0 line

To invoke this manually, in a terminal run

Make the keys and certificates for the clients

For each client device that you want to be able to connect to the VPN (laptop, phone etc) you need to make a set of keys and certificates. You have to give each of the sets a name. In this example the server is called owl and the client tigger. I am using the name tigger_owl so I can remember that these are for tigger to connect to owl

This will ask for a PEM pass phrase that the user will have to provide when connecting to the VPN. If nopass is added to the gen-req command line then it will not be necessary for the user to provide the password. It is generally not a good idea to use nopass, as that would mean that a malicious user getting hold of the client laptop or mobile device may be able to access your local network.

The command will ask you to provide the pass phrase that you entered when creating the CA certificate in the section “Build the certificates and keys” earlier.
This makes, in the pki/issued subdirectory, tigger_owl.crt that the client will need to connect to the VPN. The client will also need the server key and certificate ca.crt and ta.key that the earlier process created and that we copied to /etc/openvpn.

Many client applications can be given a combined ovpn configuration file rather than the individual files. In order to construct an ovpn file create a file called ovpn_generate.sh in /etc/openvpn/easy-rsa containing the script that can be found a the end of this blog. This can be done using

and pasting the script into that (use Ctrl+Shift+V to copy into nano which is a terminal application). Then save it and exit from nano. To make it executable run

Then to create the ovpn file for the example above where the client is called tigger and the server owl, if the domain name of the vpn were, for example, my_host_name.duckdns.org, run

Having configured an openvpn client on a PC or device, login to the pi from a local PC (preferably not the one about to be used to connect to the VPN,but if you have not got another device then it will probably be ok) and run

Then connect from the client device. The log should show the sequence of connection. If the client cannot connect then there may be some useful messages there.

That’s it. All done.

I was concerned as to whether a Pi Zero had the horsepower to provide a useful VPN, however my tests gave a throughput rate of 10Mbps which is plenty for my purposes. My Pi uses a Wifi link and my Wifi hub is old and a bit flaky so it may well be that this limit was imposed by the Wifi and not by the Pi. All the data has to be received by the Pi and then re-transmitted so 10Mbps throught the server implies 20Mbps across the Wifi.